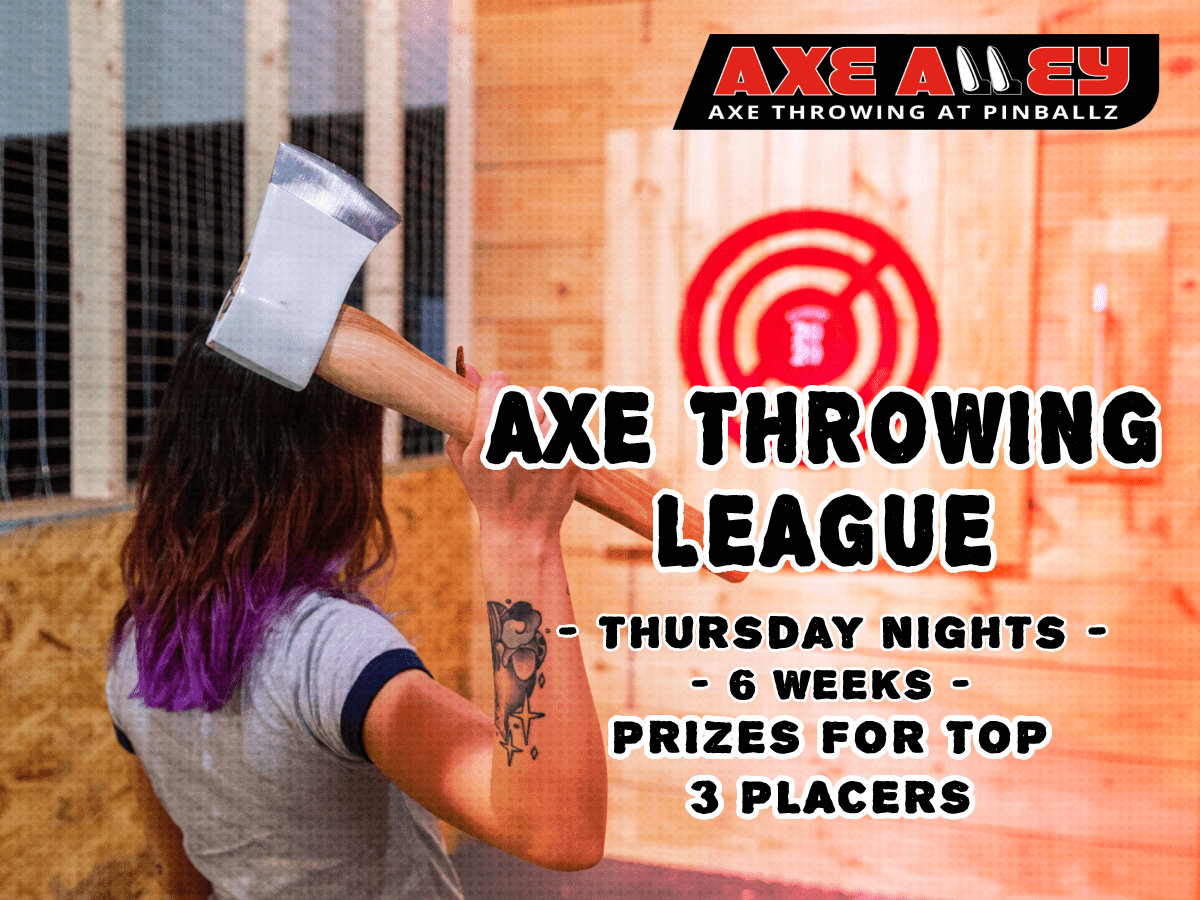 This league has been cancelled. Check back for more upcoming leagues!

COME KICK BACK AND LET OFF SOME STEAM AT THE FIRST PINBALLZ AXE THROWING LEAGUE!

Beginning Thursday, October 6th and going through November 10th. Competitors will participate in a series of popular axe throwing games to compete in a finals round for that night.
Top tier prizes will be offered for 1st-3rd place at the conclusion of the 6-week league season!

Players compete one-on-one for 10 rounds- earn up to 6 points per throw.
Fifth and Tenth throws are “KILLSHOT” rounds- where specified target is worth 8 points.
Players will swap targets AFTER the 5th round to ensure an even playing experience

Players will call their targets before they throw
If successful, players will receive double the points.
If they miss their called target, they get zero.